Why are There So Many Lug Patterns? 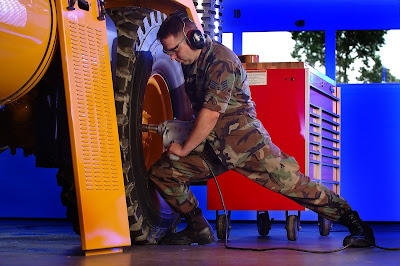 Wheel adapters and wheel spacers exist so that you can adapt your vehicle to whatever tires or hubcaps you want it to use. These little pieces of metal can change your vehicle from a five bolt pattern to an eight bolt pattern, and/or change the spacing between bolts. This is great for customizing your car. You can put whatever wheels and hubs on it that you want, and you don’t have to worry about what it’s built to carry. Why is everything built to be different, anyway?

Torque and a vehicle’s needs


The number of bolts in your hubcap depends on the amount of torque that’s put on the tire by the axle. The more power your vehicle has, the greater the number of bolts. Bolts handle the torque and make sure that the wheels spin. Running a very powerful vehicle on fewer bolts is a risky business. They will wear out faster, and when they do, it could be a dangerous situation for you.

Typically, your light, low powered car only needs four bolts to be safe. Anything above the most basic cars use five bolts. Five is the most common number for U.S. cars. Most wheel adapters are built to increase this as heavier, more torque tires are put onto lighter frames. You can adapt a standard five bolt pattern to a six or eight, and your tire will be more secure on your vehicle. Lug patterns work that way.

Why is spacing different vehicle to vehicle


While the number of bolts in lug patterns follows a standard explanation, the spacing doesn’t. Wheel adapters and wheel spacers can be used to simply make the bolt holes on the tire match up to the ones on your vehicle. The difference in spacing is largely due to an individual brand’s preference. Most spacing standards haven’t been updated since the modern lug pattern was introduced. Companies picked whatever spacing made sense to them at the time, and they’ve kept it as a grandfathered style choice. While most manufacturers keep it standard across their models or within a particular line, they don’t have to. Since they manufacture all the original parts themselves, it doesn’t cost more to order one spacing than another.

There are so many lug patterns because there are many car manufacturers. The spacing requirements are annoying to work around, but don’t serve a particular purpose. Most were adopted for cars that are no longer being made. The number of lugs depends on what you expect the vehicle to have to handle.